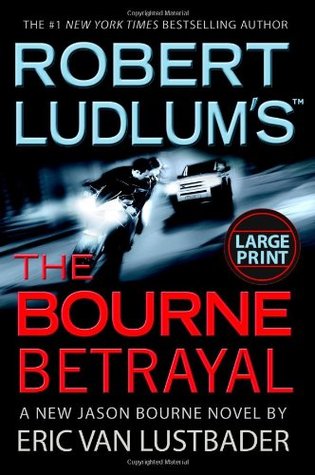 Two months after Jason Bourne's second wife has died, he learns that Martin Lindros, his only friend in the CIA, went missing in Africa. where he was tracking shipments of yellowcake uranium. After Bourne finds him, Martin returns to the U.S., but only after he persuades Bourne to go to Odessa to penetrate the clandestine world of terrorist money men there.

In Odessa, Bourne is hampered by confusing flashes of memories. He becomes convinced that they're false, but who planted them and why? And how can he function if he can't rely on his own memories? Eventually, Bourne figures out that the man he saved in Africa isn't his friend but a double, a terrorist intent on sending Bourne off on a wild goose chase while he himself steals intelligence and uses the information to coordinate an attack against a major city using nuclear devices.

The double, continuing to pose as Martin Lindros, orders a world-wide sanction against Bourne. Now, Bourne must fight off attempts on his life, track down uranium, and stop terrorists from launching an even more devastating attack against the United States of America.

Eric Van Lustbader was born and raised in Greenwich Village. He is the author of more than twenty-five best-selling novels, including The Ninja, in which he introduced Nicholas Linnear, one of modern fiction's most beloved and enduring heroes. The Ninja was sold to 20th CenturyFox, to be made into a major motion picture. His novels have been translated into over twenty languages.