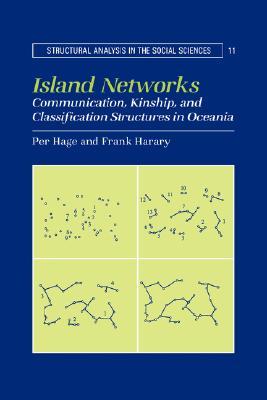 Contrary to common perception and belief, most island societies of the Pacific were not isolated, but were connected to other island societies by relations of kinship and marriage, trade and tribute, language and history. Using network models from graph theory the authors analyze the formation of island empires, dialect groups, economic and political centers; the evolution and devolution of social stratification; and the development of kinship terminologies, marriage systems and descent groups.

The Logics of Social Structure

Governance of the American Economy

A Structural Theory of Social Influence

Conquering Their Mate Wicca Teachings: An Introduction and Practical Guide Read Their Mind: How To Hear What The Marketplace Wants And Build A Huge Business Love's Truth The Christian Life: A Doctrinal Introduction Forever Yours (Forever #1) Use Your Illusion I and II Zmysły Saving a Sick America: A Prescription for Moral and Cultural Transformation 33 Dangerous Animals of the World (Cool Facts and Picture Book Series for Kids)