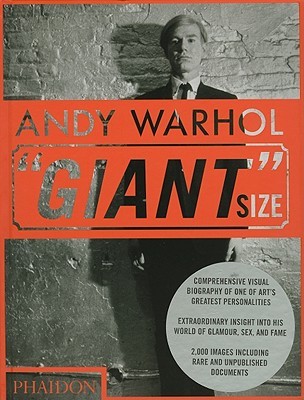 Tracing Warhol's origins as the sickly child of Ruthenian immigrants in working-class Pittsburgh to his transformation into New York's dark prince of Pop and finally into the world's most successful 'business artist', Andy Warhol "Giant" Size provides an appropriately larger-than-life look at the celebrated artist's career. Cultural critic Dave Hickey provides a compelling essay on Warhol's geek-to-guru evolution while chapter openers by Warhol friends and insiders give special insight into the way the enigmatic artist led his life and made his art. More than 2,000 illustrations culled from rarely seen archival material, documentary photography and artwork not only provide a full picture of the artist's life but a telling look at late twentieth-century popular culture. Warhol's little-explored early career as a successful commercial illustrator and designer, his importance as a co-creator of the Pop movement, his mid-career switch to filmmaker and manager of the Velvet Underground, his founding of Interview magazine, and his bid for the hearts and pocketbooks of the high-flying glitterati are shown throughout this stunning new volume.

Chronicle of a Plague, Revisited: AIDS and Its Aftermath

Laughter in the Dark