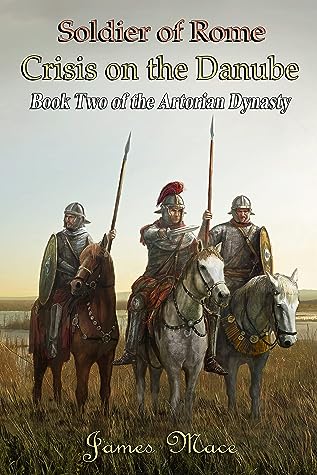 Soldier of Rome: Crisis on the Danube (The Artorian Dynasty Book 2)

The Burning Road (Warrior of Rome #8)

The Wrath of Ivar

Soldier of Rome: Crisis on the Danube (The Artorian Dynasty Book 2) Reviews

Hacking Innovation: The New Growth Model from the Sinister World of Hackers The Motivation Breakthrough: 6 Secrets to Turning on the Tuned-Out Child Who Will Be My Valentine This Year? The Patrian Transgression The Green Archer Krak Komiks #6 The Art of Freedom: A Brief History of the Kurdish Liberation Struggle Crímenes vulgares y mascotas sobrenaturales Skinwalker Ranch: In the Shadow of the Ridge Based on Actual Events King Alfred of England (Makers of History, #9)

James Mace is a life-long historian and the author of twenty-six books, including nine Ancient History best-sellers, and five South African History best-sellers. He penned the initial draft of his first novel, 'Soldier of Rome: The Legionary', as a cathartic means of escapism while serving in Iraq from 2004 to 2005. His works span numerous eras, from Ancient Rome to the British Empire. He's also d