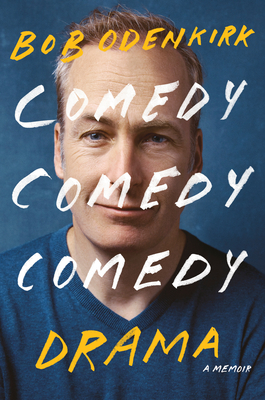 In this hilarious, heartfelt memoir, the star of Mr. Show, Breaking Bad, Better Call Saul, and Nobody opens up about the highs and lows of showbiz, his legendary cult status as a comedy writer, and what it's like to reinvent himself as a no-holds-barred action film ass-kicker at fifty.

Bob Odenkirk's career is inexplicable. And yet he will try like hell to explain it here, because that is what memoirs are for. Charting a "Homeric" decades-long "Odyssey" from his origins in the seedy comedy clubs of Chicago all the way to a dramatic career that is baffling to his friends, it's almost like there are two or three Bob Odenkirks...but there is just one and one is enough, frankly.

Bob embraced a life in comedy after a chance meeting with Second City's legendary Del Close, which eventually led to a job as a writer at SNL. As he weathered the beast that is live comedy, he stashed away the secrets of sketch writing--employing them in the immortal "Motivational Speaker" sketch for his friend Chris Farley, honing them on The Ben Stiller Show, and perfecting them on Mr. Show With Bob and David, which inspired an entire generation of comedy writers and stars. Then his career met the hope-dashing machine that is Hollywood development. But when all hope was lost for the umpteenth time, Bob was more astonished than anyone to find himself on Breaking Bad. His embrace of this strange new world of dramatic acting led him to working with Steven Spielberg, Alexander Payne, and Greta Gerwig, until finally re-re-inventing himself as a bona-fide worldwide action star for reasons that even he does not fully grasp! Read this and do your own psychoanalysis--it's fun!

Throughout Bob's travels, his memoir preserves the voice he cultivated from years of comedy writing. Featuring humorous tangents, joyful interludes, never-before-seen photos, wild characters from his winding career, and his trademark upbeat but unflinching drive, Comedy Comedy Comedy Drama is a classic showbiz tale--and a moving story about what it's like to risk everything you think you know to make a change.

No One Is Talking About This

Such a Quiet Place

Vanderbilt: The Rise and Fall of an American Dynasty

The Night She Disappeared

Robert John "Bob" Odenkirk (born October 22, 1962) is an American actor, comedian, writer, director, and producer. He is best known for being the co-creator and co-star of the HBO sketch comedy series Mr. Show with Bob and David and for his role as criminal lawyer Saul Goodman on the AMC crime drama series Breaking Bad and its spin-off series Better Call Saul.