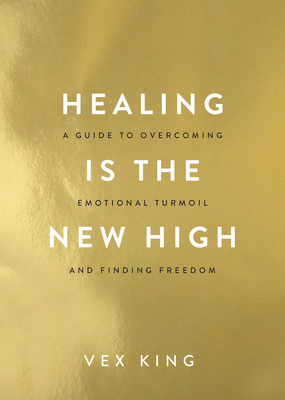 Healing Is the New High: A Guide to Overcoming Emotional Turmoil and Finding Freedom

, b, Self Help, Nonfiction

Vex developed powerful inner healing techniques to help him break free from his troubled past, heal his emotional pain and trauma, and create a new and empowering belief system. Since then, he's helped thousands of people worldwide unlock their own healing journey. And now he's here to help you become your own healer too.

Vex shares how to experience healing through the layers of the self, combining yogic principles and simple, accessible techniques for exceptional, long-lasting results. These transformative practices include:

Taking charge of your inner healing is one of the greatest acts of self-love. By committing to this process and raising your vibration - the energy that courses through you and you radiate out into the world - you'll create space to welcome more joyful experiences into your life.

City of Bones (The Mortal Instruments, #1)

Empowering Women: A Guide to Loving Yourself, Breaking Rules, and Bringing Good into Your Life

News of a Kidnapping

Dare to Change Your Life

What Happened To You?: Conversations on Trauma, Resilience, and Healing

The Story of Art

A Witch in Time

Healing Is the New High: A Guide to Overcoming Emotional Turmoil and Finding Freedom Reviews

Vex King is an optimist, visionary and philanthropist. His father died when he was 6 months old and his single mother raised him and his siblings alone in a traditional Indian household, although they were often homeless. He suffered racist abuse in a violent neighbourhood but did well at school, then went on to work in a corporate job, while pursuing a career in fashion and music production where