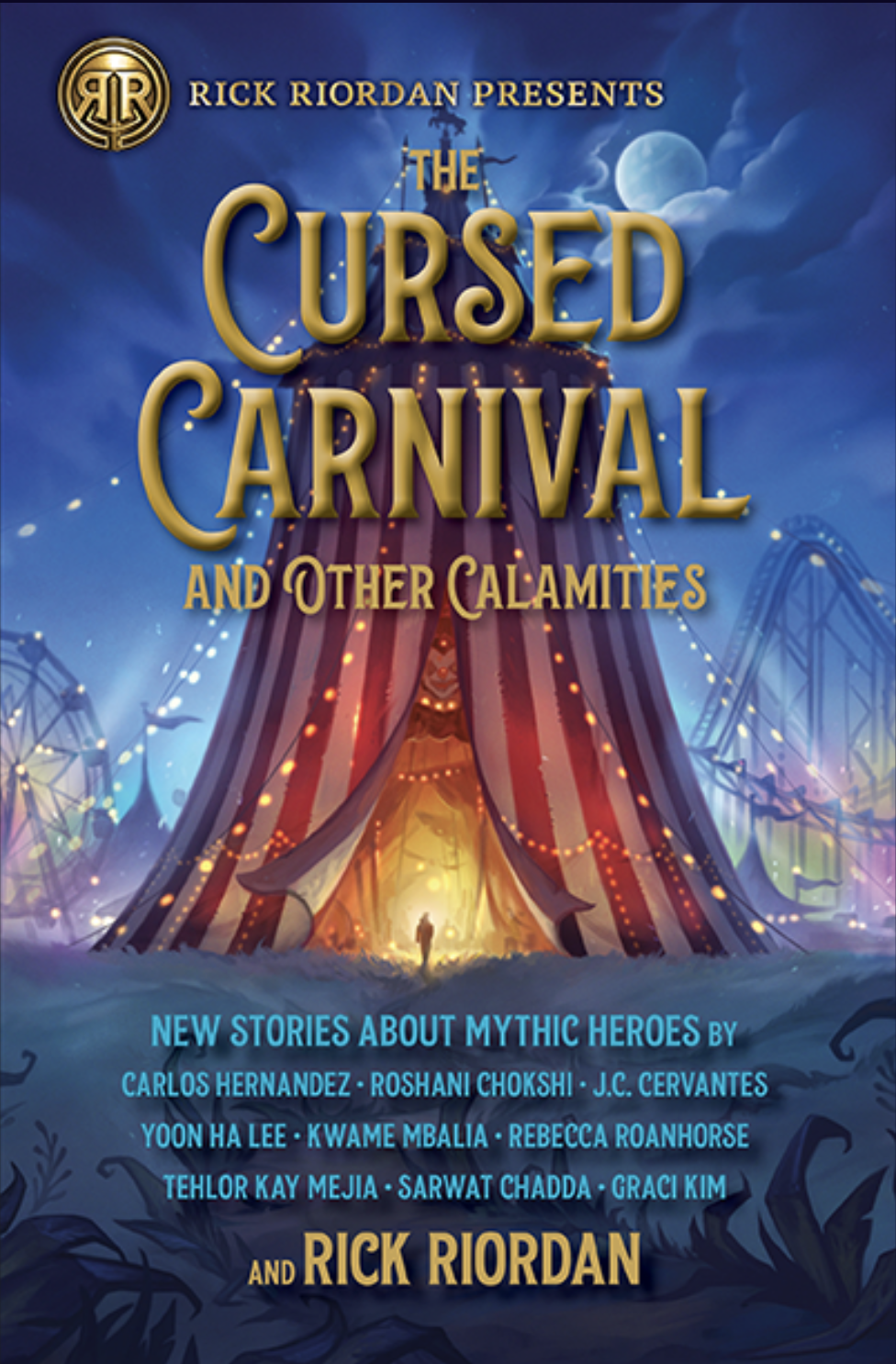 The Cursed Carnival and Other Calamities: New Stories About Mythic Heroes

Best-selling author Rick Riordan presents ten new stories--including one of his own--about beloved heroes that sprang from the imaginations of some of the best middle grade authors working today.

A cave monster . . . an abandoned demon . . . a ghost who wants to erase history . . . a killer commandant . . . These are just some of the challenges confronting the young heroes in this highly entertaining anthology.

All but one of the heroes previously starred in a popular book from Rick Riordan Presents. You''ll be reunited with Aru Shah, Zane Obispo, Min the fox spirit, Sal and Gabi, Tristan Strong, Nizhoni Begay, Paola Santiago, Sikander Aziz, and Riley Oh. Who is the new hero? Read Rick Riordan''s short story to find out!

There''s something for everyone in this collection of fast-paced and funny adventure stories that show what it takes to be a hero in any time, setting, and universe.

Read more about the heroes in these best-selling books:

Pahua and the Soul Stealer

The Ghoul Next Door

The Cursed Carnival and Other Calamities: New Stories About Mythic Heroes Reviews

Rick Riordan is the #1