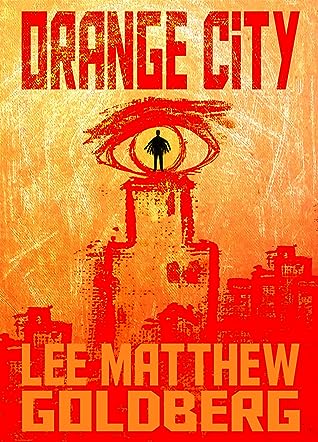 Imagine a secret, hidden city that gives a second chance at life for those selected to come: felons, deformed outcasts, those on the fringe of the Outside World. Everyone gets a job, a place to live; but you are bound to the city forever. You can never leave.

Its citizens are ruled by a monstrous figure called the "Man" who resembles a giant demented spider from the lifelike robotic limbs attached to his body. Everyone follows the man blindly, working hard to make their Promised Land stronger, too scared to defy him and be discarded to the Empty Zones.

After ten years as an advertising executive, Graham Weatherend receives an order to test a new client, Pow! Sodas. After one sip of the orange flavor, he becomes addicted, the sodas causing wild mood swings that finally wake him up to the prison he calls reality.

The Path to Sunshine Cove

The Unusual Bond: A grave doesn't judge. It just listens.

Lee Matthew Goldberg is the author of the novels THE ANCESTOR, THE MENTOR, THE DESIRE CARD and SLOW DOWN. He has been published in multiple languages and nominated for the Prix du Polar. His first YA series RUNAWAY TRAIN is forthcoming in 2021 along with a sci-fi novel ORANGE CITY. After graduating with an MFA from the New School, his writing has also appeared in The Millions, Vol. 1 Brooklyn, Lit