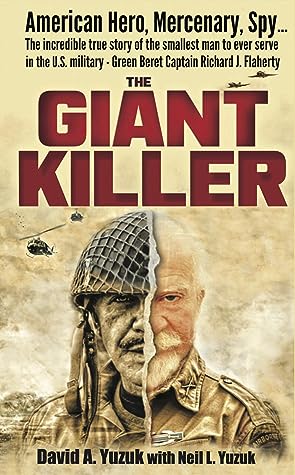 Outside the Wire: Riding with the Triple Deuce in Vietnam, 1970

One Captain's War from the Bottom Up: Three Years in the Vietnam War

In the Jungle...: Camping With the Enemy

A Bullet Through the Helmet: A Vietnam Dustoff Pilot's Memoir

The Flag Was Still There

KILL ZONE: We were going to die. It was Vietnam 1968. My soldiers and I fought back. We improvised. We adjusted. We quickly learned what we needed to learn. We survived.

Born and raised in Brooklyn N.Y., David attended the University of Stony Brook. David moved to Miami and became a 19-year veteran of the Aventura Police Department working as a uniformed road patrolman, undercover officer, and detective. David was awarded officer of the month on two separate occasions by his department and was recognized as officer of the month by the Dade County Chief's Associati