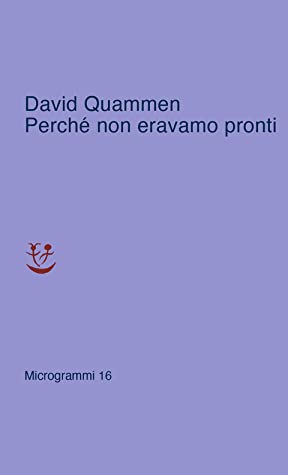 When We Cease to Understand the World

David Quammen (born February 1948) is an award-winning science, nature and travel writer whose work has appeared in publications such as National Geographic, Outside, Harper's, Rolling Stone, and The New York Times Book Review; he has also written fiction. He wrote a column called "Natural Acts" for Outside magazine for fifteen years. Quammen lives in Bozeman, Montana.