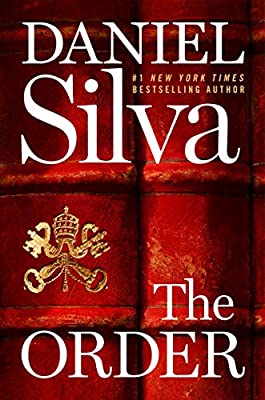 Master of the spy thriller Silva has entertained readers with twenty-two thoughtful and gripping suspense novels featuring a diverse cast of compelling characters and ingenious plots that have taken them around the globe and back—from the United States to Europe, Russia to the Middle East.

He returns with another blockbuster—a powerhouse novel that showcases his outstanding skill and brilliant imagination, destined to be a must read for both his multitudes of fans and growing legions of converts.

Funny, You Don't Look Autistic: A Comedian's Guide to Life on the Spectrum

Island of the Aunts

A Death in Vienna (Gabriel Allon, #4)

We Must Be Brave

The Trouble With Honor (The Cabot Sisters, #1)

Daniel Silva was born in Michigan in 1960 and raised in California where he received his BA from Fresno State. Silva began his writing career as a journalist for United Press International (UPI), traveling in the Middle East and covering the Iran-Iraq war, terrorism and political conflicts. From UPI he moved to CNN, where he eventually became executive producer of its Washington-based public polic