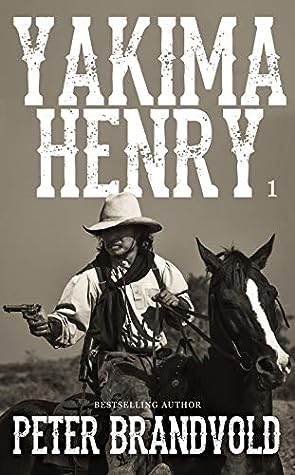 FROM AUTHOR OF THE REVENGER SERIES, PETER BRANDVOLD, COMES A BRAND-NEW WESTERN HERO...

Yakima Henry is the loneliest breed of men in the Old West—he’s half-white, half-Cheyenne Indian.

It’s not easy being a half-breed on the western frontier. Belonging to neither race, Yakima finds himself at odds with both. Often fleeing a hangman’s rope, the lonely half-breed roams the mountains and plains, looking for…what?

Hell, not even Yakima knows. A home, maybe? The love of a good woman? He finds both for a time only after having hell to pay to get them…but for a man like Yakima, with a reputation as one of the most formidable gunfighters on the entire frontier, and having left a trail of dead men behind him…as well as broken hearts…none of the usual comforts are his for long.

“Hooks you instantly with sin-soaked villains and a compelling hero. Yakima Henry has a heart of gold and an Arkansas toothpick.” – Mike Baron, author of The Biker Series

The Bells of El Diablo

Peter Brandvold has written well over one hundred action westerns under his own name and his pseudonym, Frank Leslie. Born and raised in North Dakota, he has lived all over the West. He currently lives in western Minnesota with his dog. Follow him at Amazon and here peterbrandvold.blogspot.comand here: