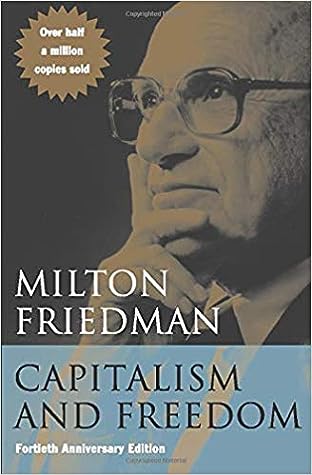 How can we benefit from the promise of government while avoiding the threat it poses to individual freedom? In this classic book, Milton Friedman provides the definitive statement of his immensely influential economic philosophy—one in which competitive capitalism serves as both a device for achieving economic freedom and a necessary condition for political freedom. The result is an accessible text that has sold well over half a million copies in English, has been translated into eighteen languages, and shows every sign of becoming more and more influential as time goes on.

The Quest for Cosmic Justice

The Road to Serfdom

Basic Economics: A Citizen's Guide to the Economy

Human Action: A Treatise on Economics

The General Theory of Employment, Interest, and Money

Milton Friedman was an American Nobel Laureate economist and public intellectual. He made major contributions to the fields of economics and statistics. In 1976, he was awarded the Nobel Prize in Economics for his achievements in the fields of consumption analysis, monetary history and theory, and for his demonstration of the complexity of stabilization policy. He was an advocate of economic freed