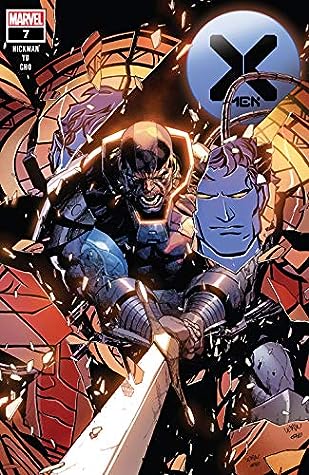 MUTANTS ARE FOREVER! The Resurrection Protocols have changed everything for Mutantkind. NO MORE can humans’ hate and fear take their lives from them. But…what ELSE has it changed?...

Jonathan Hickman is an American comic book writer and artist. He is known for creating the Image Comics series The Nightly News, The Manhattan Projects and East of West, as well as working on Marvel Comics' Fantastic Four, FF, and S.H.I.E.L.D. titles. In 2012, Hickman ended his run on the Fantastic Four titles to write The Avengers and The New Avengers, as part the "Marvel NOW!" relaunch. In 2013,