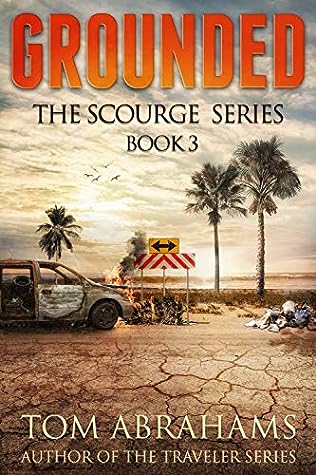 BINGE READ. KEEP THE LIGHTS ON.  LOCK YOUR DOORS.

A mutating plague has killed two thirds of the world's population. The new threats come from desperate survivors. And Mike Crenshaw is looking for solid ground on which to find safety and peace.

From the world of The Traveler Series comes a new cast of characters, new obstacles, and the same devastating, world-altering virus which plunges society into the depth of a dystopian hell.

GROUNDED begins in the aftermath of The Scourge. Forced from what they thought was a safe haven, Mike Crenshaw and his friends embark on new journeys of faith, hoping against hope they reunite with lost family and find sanctuary.

At the same time, a government lab has found the key to unlocking a new version of The Scourge, one that might threaten to kill those who somehow survived its first unstoppable sweep across the globe.

And a new version of what was once Texas is beginning to form under the thumb of ruthless tyrants who call themselves the Cartel.

It's a heart-pounding addition to a story that will keep you up at night with the lights on and the doors locked.