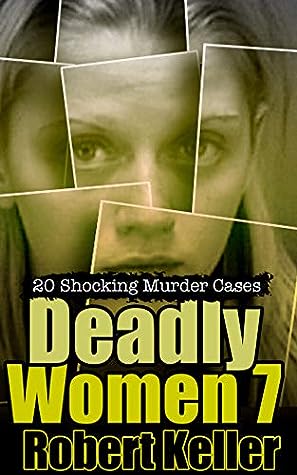 20 Shocking True Crime Cases of Women Who Kill, including

Sharee Miller: Plain-looking and dumpy, Sharee nonetheless had a hold on the men in her life. She could get them to do anything for her. Even commit murder.

Rachel Wade: The battle was over a man who was hardly worth the trouble. It would end with one young woman dead and the other in prison for a very long time.

Stella Nickell: A case of product tampering leaves two people dead. But who slipped cyanide into the Excedrin pills. Could it be someone connected to one of the victims?

Kimberly McCarthy: Once she’d been an honor student but a meth addition had turned Kimberly into a killer, targeting the elderly to feed her habit.

Maggie Young: A military wife fears for her children’s immortal souls in the godless modern world. Her solution to the problem? Horrific, multiple murder.

Corrine Sykes: A young African American maid is accused of killing her wealthy, white employer and ends up in the electric chair. But was Corrine Sykes really guilty?

Eva Coo: Eva was convinced that her clever murder-for-profit scheme could not fail. One small detail would prove her undoing.

Michele Kalina: Michelle had warned her family never to open a certain closet in the home. When 19-year-old Elizabeth broke that rule, a dreadful secret was revealed.

Plus 12 more horrific true murder cases. Scroll up to grab a copy of Deadly Women Volume 7.