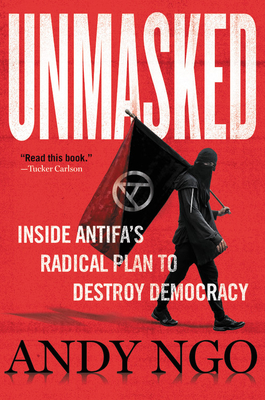 A journalist who's been attacked by Antifa writes a deeply researched and reported account of the group's history and tactics.
When Andy Ngo was attacked in the streets by Antifa in the summer of 2019, most people assumed it was an isolated incident. But those who'd been following Ngo's reporting in outlets like the New York Post and Quillette knew that the attack was only the latest in a long line of crimes perpetrated by Antifa.

In Unmasked, Andy Ngo tells the story of this violent extremist movement from the very beginning. He includes interviews with former followers of the group, people who've been attacked by them, and incorporates stories from his own life. This book contains a trove of documents obtained by the author, published for the first time ever.

Beyond Order: 12 More Rules For Life

The Parasitic Mind: How Infectious Ideas Are Killing Common Sense

Human Rights in the Soviet Union: Including Comparisons with the U.S.A.

Prey: Immigration, Islam, and the Erosion of Women's Rights

The Deadly Feast: Jataka Tales - Wisdom Conquers All Someone to Run With Crown of Power ヴィンランド・サガ 12 Tinkle Double Digest 2 An Intellectual History of Modern Europe The Crystal Bible: A Definitive Guide to Crystals Kak Lang Gojes Once Rejected Twice Desired A Voyager Without Magic

Andy Ngo is an independent journalist and photographer. He lives under threat for his reporting and expertise on American antifa and the militant far-left. He has testified before the U.S. Congress, appeared on countless television shows, radio programs, and podcasts, and his journalism has appeared in the Wall Street Journal, New York Post, Newsweek, Fox News, National Review, and more. Andy is c