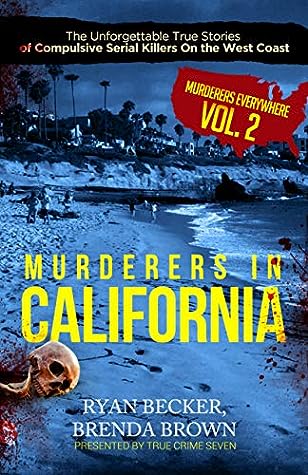 The people who populate these pages have found all the shadows in the sun-drenched state of California. They have leaped from nameless victim to nameless victim.

Each killer’s only challenge was finding a spot to hide the leftover bones. Grisly, browned bones sometimes covered with muscles that looked like meat jerky occasionally turned up in backyards, discarded moldy rugs, or grime-smudged garbage bins. But as long as their victims had wallets and IDs, killers could make a living if they chose to. Of course, if one had a cause to fight for, more planning might be involved… not too elaborate… not too memorable… just efficient.

This book covers famous and not-so-famous murderers, but the deaths they dealt to their victims were just as deadly, gruesome, and fatal. It didn’t matter to these soulless murderers whether death came to their anguished victims by knife, gun, bayonet, or bare hands.

Read on and discover the stories behind the lingering silent sounds of those who no longer walk above ground in California—a state meant for its beauty, beaches, and bright sun.

Sinclair: The World's End Murders Through the Eyes of a Killer (True Crime)

Ryan Becker is a True Crime author who started his writing journey in late 2016. Like many of you, he loves to explore the process of how individuals turn their darkest fantasies into a reality.