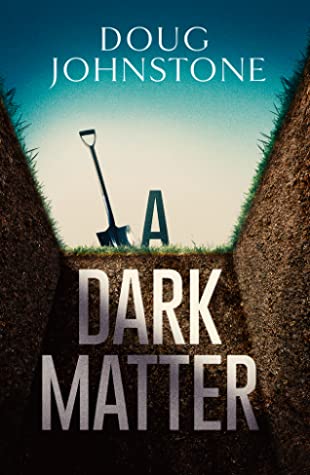 Meet the Skelfs: well-known Edinburgh family, proprietors of a long-established funeral-home business, and private investigators. When patriarch Jim dies, it’s left to his wife Dorothy, daughter Jenny and granddaughter Hannah to take charge of both businesses, kicking off an unexpected series of events. Dorothy discovers mysterious payments to another woman, suggesting that Jim wasn’t the husband she thought he was. Hannah’s best friend Mel has vanished from university, and the simple adultery case that Jenny takes on leads to something stranger and far darker than any of them could have imagined. As the women struggle to come to terms with their grief, and the demands of the business threaten to overwhelm them, secrets from the past emerge, which change everything. A compelling, tense and shocking thriller and a darkly funny and warm portrait of a family in turmoil, A Dark Matter introduces a cast of unforgettable characters, marking the start of an addictive new series.

The Great Silence (The Skelfs #3)

Doug Johnstone is a writer, musician and journalist based in Edinburgh. His fourth novel, Hit & Run, is published by Faber and Faber on March 15th 2012. His previous novel, Smokeheads, was published in March 2011, also by Faber. before that he published two novels with Penguin, Tombstoning (2006) and The Ossians (2008), which received praise from the likes of Irvine Welsh, Ian Rankin and Christoph