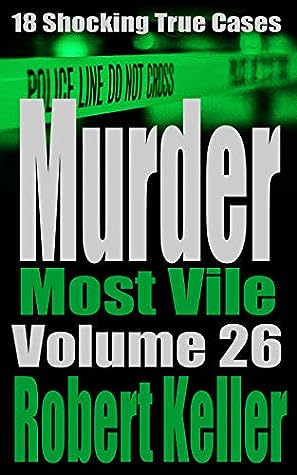 18 Shocking True Cases From Around The World:

Kill or be Killed: The victim had been stabbed 193 times and the killer’s identity was not in doubt. She was, however, claiming self-defense.

Blood Money: It was a seemingly uncrackable case, with no trace evidence and a solid alibi for the prime suspect. Dogged police work would unlock the puzzle.

Unfriended: A social media spat turns ugly and escalates into threats and accusations. Soon it will spill over into the real world. With deadly consequences.

Trust No One: When Toni met Harold through a Christian dating site she thought she had found her ideal man. But when something seems too good to be true, it usually is.

Grosse Pointe Bob: Why give up half your fortune in a divorce when $20,000 to a mentally challenged hitman frees you of all marital obligations?

Motive and Opportunity: When a custody battle turns bitter, an estranged husband recruits his mother and father to help him carry out a truly horrendous crime.

Million Dollar Murder: A billionaire Swiss banker with plenty of enemies is found shot to death, wearing a latex S & M outfit. Who killed him and why?

Bad Intentions: A young woman vanishes from a suburban street in broad daylight. What happened to her is the stuff of nightmares.

Buried Beneath the Boarding House: A Shocking True Story of Deception, Exploitation and Murder