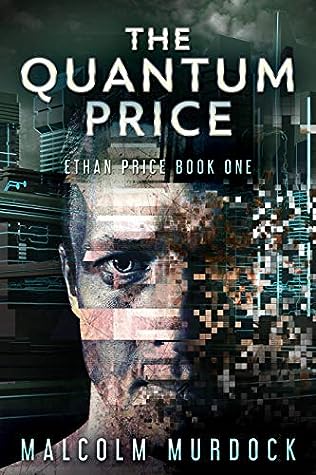 They stole his mind. They used him to kill.
Now they’ve lost control.


When a man wakes up face-down in the middle of a garbage dump, he naturally has a few questions.

Why is he in a hand-tailored suit with a bullet hole in his back? Why are there homicidal robots trying to kill him? Why can’t he remember his own name?

And how did he get so good at killing?

But the more he learns, the less he likes—and the more he starts to think this will end very, very badly. With a faceless organization hunting him, bloody flashbacks haunting him, and an intriguing new companion helping him, the clock is ticking on whether he can escape his past before it devours him.

Will he recover his memories before it’s too late, or be forced to become a pawn for the forces hunting him down?

Perfect for fans of The Bourne Identity and James Prescott, The Quantum Price is the thrilling first book in the brand-new Ethan Price series. If you like your technothrillers with a side of cyberpunk, scroll up and grab your copy today!

Wherever Seeds May Fall

Malcolm Murdock is probably not an AI, but not even he can say for sure. What's generally agreed upon is that he's the author of the Ethan Price series, and when he's not writing he's busy abusing technology to invent new products for a very large Fortune 500 company (which will presumably be run by robots someday soon).