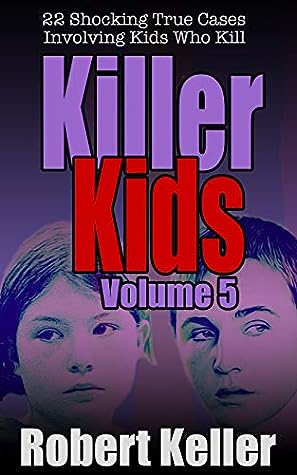 22 Shocking True Crime Cases of Kids Who Kill, including;

Jason Gamache: A game of hide-and-seek turns deadly when a little girl turns up beaten to death. But who killed her? Could it be her hulking 15-year-old neighbor?

Daphne Abdela & Christopher Vasquez: A bored little rich girl and her lackey boyfriend are on the prowl in Central Park, looking for someone to kill.

Sean Pica: What if a close friend asked you to murder her father? What if she claimed that he’d been sexually abusing her for years?

Rafael Solich: He was the weird kid in class, the one who dressed all in black and claimed to be a Satanist. Everyone gave him a wide berth. They were wise to.

Brandon McInerney: Pushed to the edge by the constant, unwanted sexual advances of a male classmate, a teenager decides to arm himself. Tragedy ensues.

Rickie & Danny Preddie: Barely into their teens, the Preddie brothers were already hardened criminals. They also committed one of Britain’s most high-profile murders.

Jennifer Tombs: Problem child Jennifer was an embarrassment of her mom, the local pastor. Embarrassment does not even begin to cover what she did next.

Plus 14 more horrific true murder cases. Scroll up to grab a copy of Killer Kids Vol. 5.

British Killers: Volume 4: Nine Horrific True Crime Stories from the UK ...and How They Were Solved