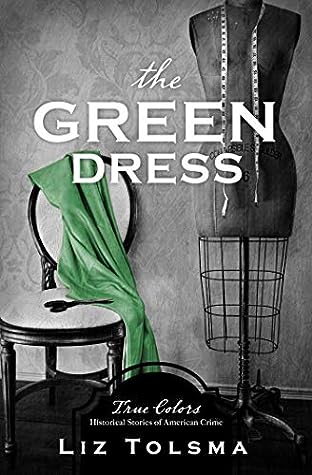 Fiction Based on Strange, But True, History
True, riveting stories of American criminal activity are explored through a unique stories of historical romantic suspense. Collect them all and be inspired by the hope that always finds its way even in the darkest of times.

In Boston, 1886, Harriet Peters commissions Sarah Jane Robinson to make her a new dress. Both widows are struggling to make ends meet, and they strike up a quick friendship. Harriet feels sorry for Sarah Jane, who has suffered so much loss in her life. But Harriet’s friend, Dr. Michael Wheaton, has concerns that death seems to follow Sarah Jane in mysterious ways Still, Harriet can’t imagine any deceit in her friend, who she comforts through the deaths of her daughter and nephew. Will Harriet’s trusting nature lead to her own demise as a persistent stomachache starts to plague her?

The House at the End of the Moor

The Librarian of Boone's Hollow

Liz Tolsma has lived in Wisconsin most of her life, and she now resides next to a farm field with her husband, their son, and their two daughters. All of their children have been adopted internationally and one has special needs. Her novella, Under His Wings, appeared in the New York Times bestselling collection, A Log Cabin Christmas. Her debut novel, Snow on the Tulips, released in August of 201