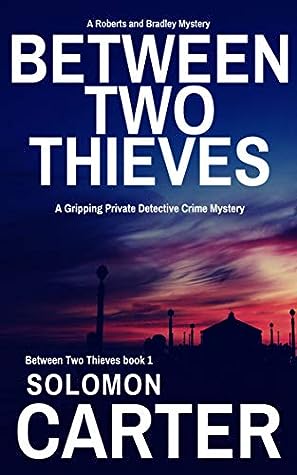 A HERO IS MISSING. A BODY IS FOUND ON THE BEACH. AND A FORMER FRIEND BEGS DETECTIVE EVA ROBERTS TO SAVE HER LIFE…

PI Eva Roberts is hired by former school friend Lauren Jaeger. Lauren’s cruel partner refuses to let her leave him but he will certainly kill her if she stays.

When a second body is found on the beach Lauren’s domestic case soon feels like a distraction... And what starts as a day of rest turns into nothing less than the beginning of a nightmare.

Carl Renton was a good man, and a true hero.

Norman Peters was a market trader and a colourful rogue.

Their murders appear to have nothing in common. But the truth goes deep into the heart of a crimewave which is tearing the town apart.

The private detectives must track down a killer… but Eva’s case takes a dark twist at the worst possible time.

Eva must forgive - even if she can never forget.

And the detectives must find the seaside killer before more blood is spilled on the beach.

Perfect for fans of Ian Rankin, Helen Durrant, Janice Frost, Joy Ellis and LJ Ross. If you love to read gripping thrillers with flawed characters, a touch of humour and a hint of romance, you’ll love Between Two Thieves.

THE BETWEEN TWO THIEVES TRILOGY:

OTHER SERIES BY SOLOMON CARTER

Dead and Gone to Bell (A Samantha Bell Mystery Thriller, #1)

Even Good Girls: A Murder Mystery

Remember Me? : (Book One): A DCI McKenzie Crime Thriller

Death is in the Details (Paynes Creek, #1)