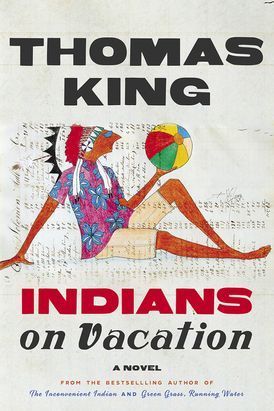 Meet Bird and Mimi in this brilliant new novel from one of Canada’s foremost authors. Inspired by a handful of old postcards sent by Uncle Leroy nearly a hundred years earlier, Bird and Mimi attempt to trace Mimi’s long-lost uncle and the family medicine bundle he took with him to Europe.

By turns witty, sly and poignant, this is the unforgettable tale of one couple’s holiday trip to Europe, where their wanderings through its famous capitals reveal a complicated history, both personal and political.

How to Be Depressed

How to Pronounce Knife

Here the Dark: A Novella and Stories

Thomas King was born in 1943 in Sacramento, California and is of Cherokee, Greek and German descent. He obtained his PhD from the University of Utah in 1986. He is known for works in which he addresses the marginalization of American Indians, delineates "pan-Indian" concerns and histories, and attempts to abolish common stereotypes about Native Americans. He taught Native American Studies at the U