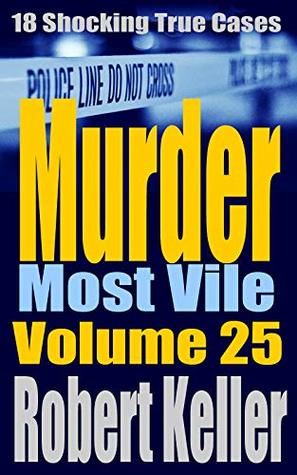 18 Shocking True Crime Murder Cases From Around The World, including;

Kiss the Girls and Make Them Die: He had fantasized about this for a long time. Now here she was, a pretty teenager walking along a dark street. Alone.

Dead Man’s Hand: A psycho is on the loose, marking his kills with playing cards. Will the police catch him before he takes another life?

A Message in Blood: It looked like an easy case to solve. The victim had even written her killer’s name in blood. But what if the clues point elsewhere?

Scene of the Crime: A young mother is found bludgeoned to death in her home. The obvious suspect is her husband but he claims he’s innocent. Brilliant detective work will prove him a liar.

The Good, the Bad, and the Deadly: A good wife, a cheating husband, and a spurned mistress collide in this dark tale of deceit, sexual obsession and murder.

Sad but True: Ronald was upper-crust, a wartime pilot living off a family allowance. He was also dangerously insane, with a predilection for throttling prostitutes.

Empty Words: A respected scientist dies in what looks like a case of accidental poisoning. But what if this wasn’t an accident? What if it was murder?

Plus 10 more riveting true crime cases. Scroll up to get your copy now.

Most of my works are about serial killers, while the “Murder Most Vile” series covers individual true crime stories. These are the main collections;