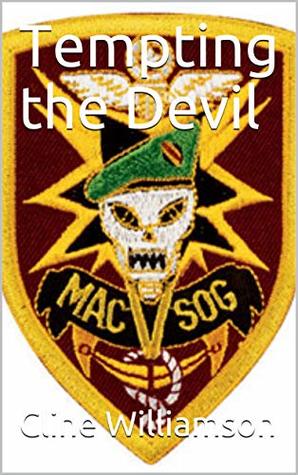 Sgt Johnnie Johnson has just joined MACVSOG and will run covert reconnaissance missions across the border into Laos, as part of a select Recon Team operating out of CCN, SOG's northernmost field location. The missions are so risky and dangerous, they are just short of suicide, with RT members getting shot to pieces or killed on a regular basis just attempting them, and CCN has the casualty rates to prove it. Sometimes, they exceed eighty per cent monthly, so if you survive a tour there and only get wounded in the process, you consider your self lucky. Most don't, and go home in a green rubber body bag.
Johnson has had his first team shot out from under him, with everyone either killed or wounded, save him. He was lucky to even survive. Now he has to do it all over again, except this time with a brand new team he will have to form. He'll have to select the team members, train them, then employ them and hope they have learned enough to not only stay alive themselves, by keep the other team members around them from getting killed if they make a mistake. Since they'll be operating in Laos, a country they aren't legally supposed to be in, and it's practically crawling with North Vietnamese, that promises to be a and extremely risky undertaking, fraught with danger.
This story chronicles the missions, hardships, fears, failings, uncertainty, and environment Johnson and his team have to face in the process. It is based on several real world covert missions conducted by by real Special Forces Recon Teams operating out of CCN during the Vietnam war. Consequently, its descriptions, language and emotions are stark, vivid, gritty and fear filled. They detail the almost unbelievable difficulty and danger involved in successfully clandestinely inserting into Laos, moving stealthily through its jungles, locating a hidden North Vietnamese target, calling an airstrike in on it to destroy it, and finally extracting from the area safely.
These were not missions for the faint hearted, since they were conducted in areas where the North Vietnamese Army
not only drastically out numbered and out gunned the small RTs, but controlled everything else in the area except the weather. They were so dangerous SOG members earned a total of seven Congressional Medal Of Honors while conducting them.
If you're looking for an adventure story, based on facts, that will keep you breathing hard and on the edge of your seat, you've found it. You'll sweat, curse, feel the fear and anxiety, and almost crawl stealthily though the jungle with a Recon Team on a mission as it searches for a hidden target in the jungle that is filled with NVA soldiers searching for it. You'll cringe when they get shot and feel the pain when they get killed. You'll grimace when they fail and cheer when they succeed. In the end, you feel pride when America's finest when they show you what they do for a living.

Land With No Sun: A Year in Vietnam With the 173rd Airborne (Stackpole Military History Series)