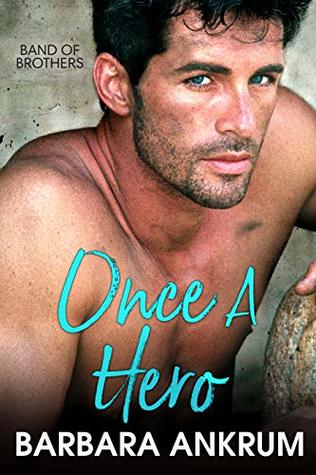 After nine, lonely years as a military wife, Holly McGuire has returned to her late husband’s home town of Marietta, Montana, to finally close that chapter of her life and begin again. She’s spent the last year rediscovering herself and she’s sworn off military men. All she wants is a child of on her own—no strings attached. But her plans are threatened when old, unwanted sparks ignite between her and her husband’s one-time best friend.

Buttoning up the past isn’t what Trey Reyes has in mind when he welcomes Holly to town. Secretly in love with her since day one, his old vow to his friend to watch over her, come what may, doesn’t include enabling a terrible idea. As the men of their old unit—the Band of Brothers—gather to honor her husband, Trey must take one last stand to win her heart and prove Holly wrong about him. Christmas in Marietta, with all the trimmings, may be just the ticket.

Readers Also Enjoyed Once a Hero

Match Made in Wyoming (Wyoming Wildflowers, #2)

The Doctor's Husband (The Watson Brothers, #3)

Once a Hero Reviews

Barbara Ankrum grew up in Upstate New York, training to be a ballerina, but secretly dreaming of being an actress. Her first fangirl crush on Haley Mills led her to practice her British accent on unsuspecting store clerks, and she dreamed of co-starring in the remake of THE MOONSPINNERS. Because she was also a compulsive reader, she discovered that the film was based on a book by the fabulous Mary