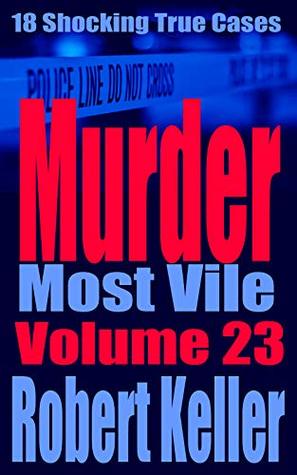 18 Shocking True Crime Murder Cases From Around The World, including;

The Preacher’s Wife: The murder of a beloved pastor shocks a small Tennessee town. The secrets that are revealed in its aftermath are more shocking still.

Love Kills: A homely accountant and a beautiful, aspiring actress tie the knot in an unlikely match-up. One of them won’t make it past the honeymoon.

Every Contact Leaves a Trace: The tiny beach community of Port Hueneme, California is rocked by a trio of brutal homicides. The police are convinced that a serial killer is responsible. They’re wrong.

Michigan Deliverance: Two buddies out on a drinking binge stumble into the wrong bar. Soon after, they disappear. Their fate is the stuff of horror movies.

And Never Let Her Go: A woman disappears from a busy city street in broad daylight, leaving the police with a seemingly unsolvable riddle to crack.

Dressed to Kill: Dr. Richard Sharpe had some odd kinks. Dressing up in his wife’s clothes was one of them. Another was stalking her with a hunting rifle.

Choke Hold: When a woman is found strangled the police are certain that one of the many men in her life did it. The killer turns out to be a far less likely suspect.

Plus 10 more riveting true crime cases. Scroll up to get your copy now.

Most of my works are about serial killers, while the “Murder Most Vile” series covers individual true crime stories. These are the main collections;

The Other Side of Hell 3

The Other Side of Hell: Book One

The Other Side of Hell 2