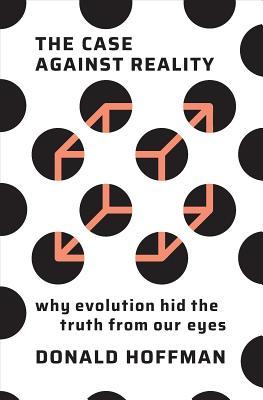 The Case Against Reality: Why Evolution Hid the Truth from Our Eyes

Challenging leading scientific theories that claim that our senses report back objective reality, cognitive scientist Donald Hoffman argues that while we should take our perceptions seriously, we should not take them literally. How can it be possible that the world we see is not objective reality? And how can our senses be useful if they are not communicating the truth? Hoffman grapples with these questions and more over the course of this eye-opening work.


Ever since Homo sapiens has walked the earth, natural selection has favored perception that hides the truth and guides us toward useful action, shaping our senses to keep us alive and reproducing. We observe a speeding car and do not walk in front of it; we see mold growing on bread and do not eat it. These impressions, though, are not objective reality. Just like a file icon on a desktop screen is a useful symbol rather than a genuine representation of what a computer file looks like, the objects we see every day are merely icons, allowing us to navigate the world safely and with ease.


The real-world implications for this discovery are huge. From examining why fashion designers create clothes that give the illusion of a more “attractive” body shape to studying how companies use color to elicit specific emotions in consumers, and even dismantling the very notion that spacetime is objective reality, The Case Against Reality dares us to question everything we thought we knew about the world we see.

Readers Also Enjoyed The Case Against Reality: Why Evolution Hid the Truth from Our Eyes

Conscious: A Brief Guide to the Fundamental Mystery of the Mind

I Am a Strange Loop

The Demon in the Machine: How Hidden Webs of Information Are Solving the Mystery of Life

Rationality: What It Is, Why It Seems Scarce, Why It Matters

The Ego Tunnel: The Science of the Mind and the Myth of the Self

Your Brain Is a Time Machine: The Neuroscience and Physics of Time

Being You: A New Science of Consciousness

The Hidden Spring: A Journey to the Source of Consciousness

Something Deeply Hidden: Quantum Worlds and the Emergence of Spacetime

Reality+: Virtual Worlds and the Problems of Philosophy

The Case Against Reality: Why Evolution Hid the Truth from Our Eyes Reviews

Donald D. Hoffman received a Ph.D. from MIT in 1983 and is a Professor of Cognitive Sciences at the University of California, Irvine. His research on perception, evolution, and consciousness received the Troland Award of the US National Academy of Sciences, the Distinguished Scientific Award for Early Career Contribution of the American Psychological Association, the Rustum Roy Award of the Chopra