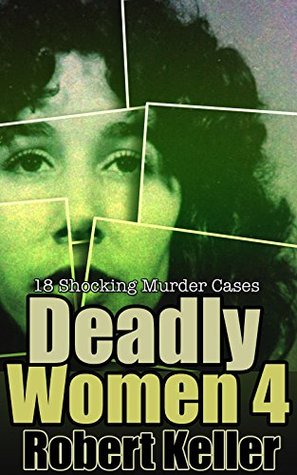 18 Shocking True Crime Cases of Women Who Kill, including

Kelly Cochran: Convicted of two savage murders, Cochran may well be a serial killer. But did she really feed one of her victims to unsuspecting neighbors?

Larissa Schuster: Larissa wanted her husband to disappear. And with her knowledge of biochemistry, she knew exactly how to make it happen.

Inessa Tarverdiyeva: Nursery school teacher by day, home-invading serial killer by night, Tarverdiyeva turned murder into an activity for the whole family to participate in.

Karla Faye Tucker: A controversial case from Texas. Nobody doubted that Karla Faye had committed the brutal double homicide. But did she really deserve the death penalty?

Martha Rendell: The archetypal wicked stepmother, Rendell murdered her stepchildren in the most horrific way possible.

Martha Marek: Known as the “Devil in Petticoats,” Marek went to extraordinary lengths to maintain her standard of living, lengths that included murder.

Audrey Marie Hilley: A suburban housewife with a deadly quirk. She enjoyed feeding poison to her nearest and dearest.

Katherine Knight: A shocking case of love, murder, and cannibalism from Australia.

Plus 10 more horrific true murder cases. Scroll up to grab a copy of Deadly Women Volume 3.

If You Really Loved Me