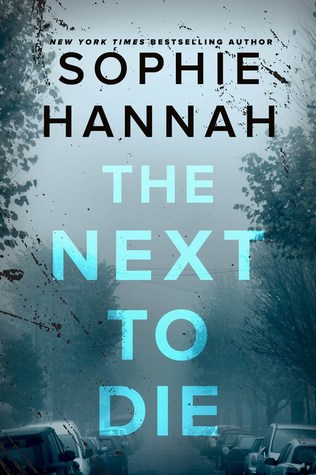 The Next to Die

The New York Times bestselling author of The Monogram Murders and Woman with a Secret returns with a disturbing tale of psychological suspense and obsession that hits at the heart of some of our most precious relationships.

What if having a best friend could put you in the crosshairs of a killer?

A psychopath the police have dubbed “Billy Dead Mates” is targeting pairs of best friends, and killing them one by one. Before they die, each victim is given a small white book.

For months, detectives have failed to catch Billy, or figure out what the white books symbolize and why the killer leaves them behind. The police are on edge; the public in a panic. Then a woman, scared by what she’s seen on the news, comes forward. What she reveals shocks the investigators and adds another troubling layer to an already complex case.

Stand-up comedian Kim Tribbeck has one of Billy’s peculiar little books. A stranger gave it to her at a gig she did last year. Was the stranger Billy, and is he targeting her—or is it something more nefarious? Kim has no friends and trusts no one, so how—and why—could Billy Dead Mates want to target her? If it’s not her, then who will be the next to die?

Sophie Hannah raises the stakes with each successive page in this haunting and twisting thriller that reaffirms her place as one of today’s most talented suspense writers.

Readers Also Enjoyed The Next to Die

Woman with a Secret (Spilling CID, #9)

Careful What You Wish For

The House of the Patriarch (Benjamin January #18)

The Other Half Lives (Spilling CID, #4)

The Next to Die Reviews

Hacking Innovation: The New Growth Model from the Sinister World of Hackers The Motivation Breakthrough: 6 Secrets to Turning on the Tuned-Out Child Who Will Be My Valentine This Year? The Patrian Transgression The Green Archer Krak Komiks #6 The Art of Freedom: A Brief History of the Kurdish Liberation Struggle King Alfred of England (Makers of History, #9) Safety in the Friendzone Daredevil Dave and the Kamikazes

Sophie Hannah is an internationally bestselling writer of psychological crime fiction, published in 27 countries. In 2013, her latest novel, The Carrier, won the Crime Thriller of the Year Award at the Specsavers National Book Awards. Two of Sophieâ€™s crime novels, The Point of Rescue and The Other Half Lives, have been adapted for television and appeared on ITV1 under the series title Case Sensiti