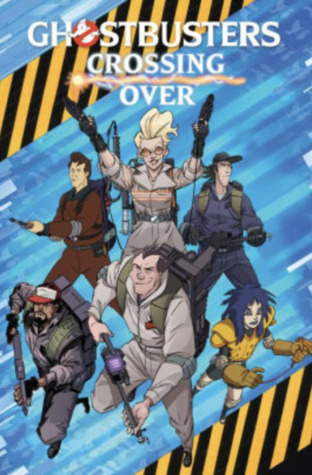 All the Ghostbusters--the originals, the ladies of the 2016 film, and beyond--come together against a threat too powerful for any team to handle alone.

For a while now, the original Ghostbusters have had access to an interdimensional portal that has given them all-new ways to research the paranormal and consult with Ghostbusters throughout the multiverse... but they haven't shared this tech with any of those other Ghostbusters, and some don't think that's fair. That's why, after a chance meeting, Jillian Holtzmann and Ron Alexander have decided to right this wrong and cobble together their own working portal... which unintentionally unleashes the contents of the Ghostbusters' Containment Unit! That's a lot of ghosts, and it's going to take a lot of Ghostbusters to recapture them. In fact, it's going to take ALL of them.

Collects all eight issues of Ghostbusters: Crossing Over and the Ghostbusters 2018 Annual by the fan-favorite creators Erik Burnham, Dan Schoening, and Luis Antonio Delgado.

Immortal Hulk, Volume 1: Or is he Both?

The X-Files FAQ: All That's Left to Know About Global Conspiracy, Aliens, Lazarus Species, and Monsters of the Week (FAQ Series)

Erik Burnham is a Minnesotan writer and artist that first broke into comics with a series of humorous short stories in the Shooting Star Comics Anthology. These stories featured his original creation, Nick Landime, and culminated in a one-shot: Nick Landime vs. the World Crime League, published by Shooting Star in 2005.