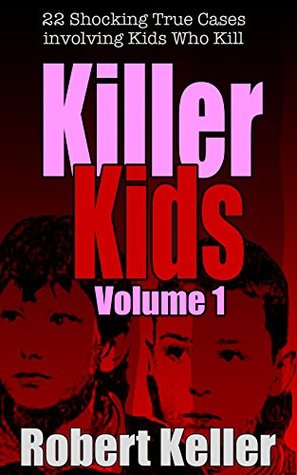 22 Shocking True Crime Cases of Kids Who Kill, including;

Kip Kinkel: Voted by his classmates, the “Most Likely to Start World War III,” Kinkel was a crime just waiting to happen. Add guns to the mix and you have a massacre.

Eric Smith: The brutal murder of a young boy shocks a small community in upstate New York. No one could have guessed that the killer was just 13 years old.

Barry Loukaitis: The tragic tale of a bullied child, an unstable mother, and a shooting spree that destroyed three young lives.

Cayetano Santos Godino: Known as the “Jug-eared Dwarf,” Godino was a juvenile serial killer who terrorized Buenos Aires, Argentina during the early 1900s.

Dedrick Owens: A cold-blooded murder committed by a killer who, shockingly, was just six years old.

Sam Manzie: A problem child from an early age, Manzie eventually devolved to murder when he lured, raped and strangled an 11-year-old boy.

Joshua Phillips: A horrific sex crime with an unlikely perpetrator, the most popular kid on the block.

Jesse Pomeroy: A malevolent youngster who killed at least two children and tortured many others, Pomeroy might just be America’s youngest serial killer.

Plus 14 more horrific true murder cases. Scroll up to grab a copy of Killer Kids Volume 1.

Buried Beneath the Boarding House: A Shocking True Story of Deception, Exploitation and Murder

The Other Side of Hell: Book One