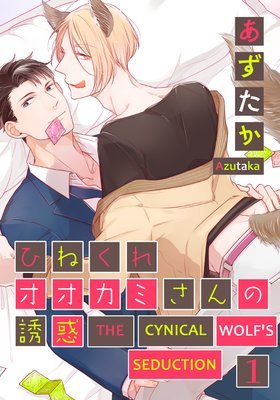 Narihira is the second-oldest son in a family descended from werewolves. His tendency to grow wolf ears and a tail when he gets excited is a problem when having sex with normal humans. But, Narihira has so far controlled himself well. He likes feeling good, but doesn't want drama, so he favors one-night stands. On one of those nights, he meets a man called Fujitake. Narihira's ease was short-lived... In bed with Fujitake at point-blank range, Narihira is hit by his intoxicating scent. His entire body becomes sensitive, as if he's taken an aphrodisiac...! The wolf's cool demeanor crumbles before the man's scent that makes him lose control...! This is the third segment in the series, following "A Feast for the Wolf in Heat" and "The Pure Wolf's First Love"!

Yagi to Ookami no Hatsujou Jijou

きみとのドッグファイト [Kimi to no Dogfight]