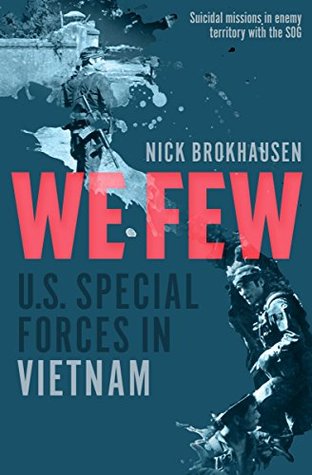 A Green Beret’s gripping memoir of American Special Forces in Southeast Asia during the Vietnam War.

In 1970, on his second tour to Vietnam, Nick Brokhausen served in Recon Team Habu, CCN. Officially, it was known as the Studies and Observations group. In fact, this Special Forces squad, which Brokhausen calls “an unwashed, profane, ribald, joyously alive fraternity,” undertook some of the most dangerous and suicidal reconnaissance missions ever in the enemy-controlled territory of Cambodia and Laos. But they didn’t infiltrate the jungles alone. They fought alongside the Montagnards—oppressed minorities from the mountain highlands, trained by the US military in guerilla tactics, armed, accustomed to the wild, and fully engaged in a war against the North Vietnamese. Together this small unit formed the backbone of ground reconnaissance in the Republic of Vietnam, racking up medals for valor—but at a terrible cost.

This is Minuteman: Two-Three... Go!: Memoirs of a Helicopter Pilot in Vietnam, Iraq, and Afghanistan

In the Jungle...: Camping With the Enemy

A Glorious Nightmare: In 64 Shades of Green

Jumping from Helicopters: A Vietnam Memoir

Special Forces veteran Nick Brokhausen joined the SOG on his second tour in Vietnam, and took part in some of the most dangerous missions of the war, deep in enemy territory. After Vietnam, Nick Brokhausen has led an interesting life, which has included work in security projects in a number of countries. He now runs a tech company and an armoring company.