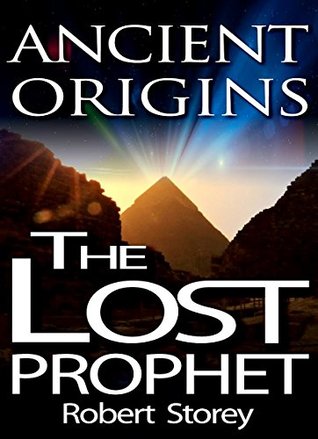 THE LONG PROPHESIED END OF DAYS
IS MYTH AND LEGEND NO LONGER
BUT A TIME IN SPACE
AND THAT TIME
...IS NOW

-----WARNING-----This book is not standalone and it is strongly recommended to read Ancient Origins: The Tenth Protocol beforehand, and if possible the four other Ancient Origins novels prior to that to ensure maximum enjoyment.


The Lost Prophet The newly elected president of the United States of America, John Harrison Henry, the first independent candidate to win a campaign since George Washington, is fighting to save his nation, and the entire world, from nefarious forces hell-bent on chaos and destruction. Many think John is a man apart, a man who stands alone, and yet there are those who fight to help him achieve the impossible. And while these brave few fight against the might of the Global Meteor Response Council that rules the world with an iron fist, in distant lands old forces shift and new powers rise, for word has it that something is coming which is going to change everything. It’s something we missed... and it’s almost here.

The Theos (The Survivors #5)

The Ancients (The Survivors, #4)

Let There Be Light (Ancient Origins #3)

As a young boy Robert always dreamed about becoming a fiction writer, but it never occurred to him that he could follow that dream. Some years later fate intervened and he was struck down with a debilitating neurological condition, which was brought on by a car accident some years earlier. Rendered housebound on and off for well over a decade, he thought his condition signaled an end to his life,