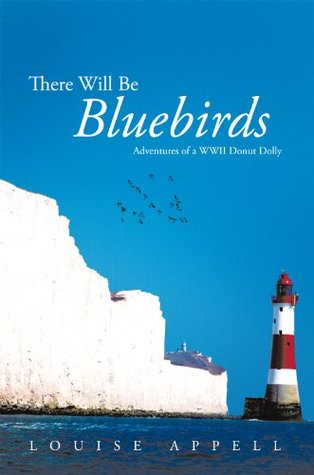 There Will Be Bluebirds: Adventures of a Wwii Donut Dolly

Steffie Moska was raised on a farm in Massachusetts, went to Fitchburg Teachers College and taught third grade. When three of her brothers enlisted in the service after Pearl Harbor was attacked, she joined the Red Cross and volunteered to go overseas and drive a 2 ton truck outfitted with a donut machine, a coffee maker and a record player.
Steffie met a guy while she was training in Washington. Hugh had just graduated from MIT and enlisted in the Army. He was a maverick in his family, which had a long history in the Navy. The two were immediately attracted to each other and developed a strong bond through letters and miraculously, a meeting in London.
The GIs called them donut dollies. Their mission was to bring a little bit of home to the troops, first on the bases and then, following the action. They faced hardship, danger, fatigue and challenges every day.
WWII is a background for the adventures of Steffie and Hugh and will provide the reader with historical context. This is a novel about a little-known aspect of that war and a story of people making connections under the most difficult of circumstances.

Readers Also Enjoyed There Will Be Bluebirds: Adventures of a Wwii Donut Dolly

When We Were Brave

The Paper Girl of Paris

Friends and Enemies: Wartime love and loss from the beloved storyteller