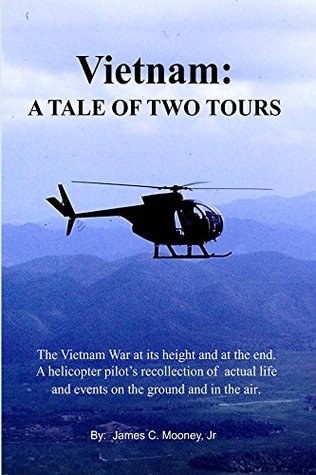 Vietnam: A Tale Of Two Tours

An Army helicopter pilot's memoirs and first-hand account of what he experienced personally during two tours in Vietnam - one at the height of the war in1969 and one at the very end in 1973. This is a detailed description of the life of one helicopter pilot and what he did in the air, on the ground, with the people during his first tour in the Central Highlands while assigned to and flying for an Infantry Division, the Cambodia Invasion, and what it was really like living in Vietnam. The second tour was in the Saigon area with an Air Cavalry Troop and recounts live for Americans at the final months of the War, final cease fire events, prisoner exchanges, life on the ground, Saigon, the final flight of combat troops to leave Vietnam and the end of American combat operations and involvement. For those who want to know what it was like to be there -- without the hidden agenda, embellishment, or hype normally associated with the Vietnam War

GUTS 'N GUNSHIPS: What it was Really Like to Fly Combat Helicopters in Vietnam

Without Parachutes: How I Survived 1,000 Attack Helicopter Combat Missions in Vietnam

Vietnam: There & Back: A Combat Medic's Chronicle

James Mooney (James^Mooney) was an American ethnographer who lived for several years among the Cherokee. He did major studies of Southeastern Indians, as well as those on the Great Plains. His most notable works were his ethnographic studies of the Ghost Dance after Sitting Bull's death in 1890, a widespread 19th-century religious movement among various Native American culture groups, and the Cher