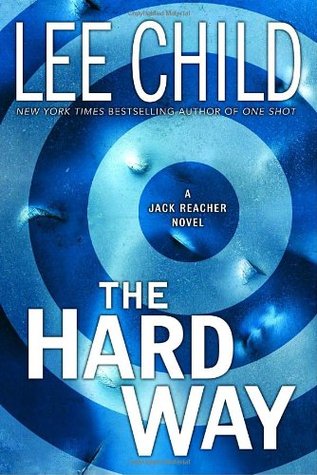 In Lee Child’s astonishing new thriller, ex–military cop Reacher sees more than most people would...and because of that, he’s thrust into an explosive situation that’s about to blow up in his face. For the only way to find the truth—and save two innocent lives—is to do it the way Jack Reacher does it best: the hard way….

Jack Reacher was alone, the way he liked it, soaking up the hot, electric New York City night, watching a man cross the street to a parked Mercedes and drive it away. The car contained one million dollars in ransom money. And Edward Lane, the man who paid it, will pay even more to get his family back. Lane runs a highly illegal soldiers-for-hire operation. He will use any amount of money and any tool to find his beautiful wife and child. And then he’ll turn Jack Reacher loose with a vengeance—because Reacher is the best man hunter in the world.

On the trail of a vicious kidnapper, Reacher is learning the chilling secrets of his employer’s past…and of a horrific drama in the heart of a nasty little war. He’s beginning to realize that Edward Lane is hiding something. Something dirty. Something big. But Reacher also knows this: he’s already in way too deep to stop now.

Lee Child was born October 29th, 1954 in Coventry, England, but spent his formative years in the nearby city of Birmingham. By coincidence he won a scholarship to the same high school that JRR Tolkien had attended. He went to law school in Sheffield, England, and after part-time work in the theater he joined Granada Television in Manchester for what turned out to be an eighteen-year career as a pr