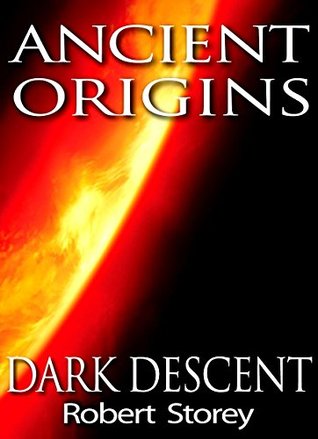 ASIN B00N20CH92 moved to the most recent edition here

When mankind stumbled upon an enormous structure buried deep in the bowels of the Earth, it was decided its location and existence would remain a closely guarded secret ... with good reason. It seems whoever created this ancient world knew something we didn't ...
THE SAFETY OF OUR PLANET’S SURFACE IS AN ILLUSION

"Humanity’s greatest discovery ... the journey has only just begun."

Sarah Morgan is trapped, a prisoner in a highly classified subterranean facility, the existence of which is undeniable proof of the most amazing discovery in human history. If Sarah is to unleash this forbidden knowledge, she must use all her skills and tenacity to escape to the surface; against the odds can she achieve her life’s ambition and expose the truth to the world?

Above ground, the peoples of planet Earth struggle to come to terms with their new existence after the impact of the asteroid, AG5. Plunged into darkness, the dust cloud kicked up by the meteorite seeks to destroy the fragile order of civilisation itself. In this new, sunless world a courageous BBC newsreader, Jessica Klein, attempts to fight those in power and wrest from them a secret she may wish she’d never known. Elsewhere, two men working for the GMRC, the behemoth that is the Global Meteor Response Council, are struggling against monumental adversity thrust upon them by one of their own. Professor Steiner and Richard Goodwin may be humanity’s greatest hope, but their destinies are shrouded by a chaos neither can control. Running out of luck, choices and time they must reclaim their chosen paths or watch those around them wither and die.

The Secret of Giza (The Kwan Thrillers #1)

The Ancients (The Survivors, #4)

The Lost Colony (The Long Winter, #3)

The Atlantis World (The Origin Mystery, #3)

As a young boy Robert always dreamed about becoming a fiction writer, but it never occurred to him that he could follow that dream. Some years later fate intervened and he was struck down with a debilitating neurological condition, which was brought on by a car accident some years earlier. Rendered housebound on and off for well over a decade, he thought his condition signaled an end to his life,