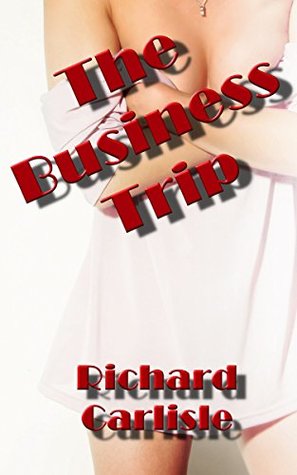 ADULT - Emma’s new job required traveling with her boss, the huge increase in salary thrilling her. But, that thrill was soon replaced as she finds out that she’d be more than just his ‘Assistant.’ Ready to quit rather than break her wedding vows, she learns that her husband finds the idea exciting, even suggesting she become his ‘Hot Wife.’ She couldn’t, could she? Her wet pussy answering for her…


Here’s an excerpt to tempt you just a bit:

“…Emma could see the city spread out before them. The floor length windows opening onto a million points of light that filled the night skyline. It was beautiful but her attention wasn’t on it for long. Damian’s hands gripped her shoulders, his lips kissing her bare skin as he told her how beautiful he thought she was. Other than his earlier toying with her wedding rings, no mention was ever made about her marriage, the fact that she belonged to another. He just, naturally, assumed that she’d accept his sexual advances without question. The authoritative boldness of the man excited her.

They were standing there looking out over the city lights as he stood behind her. He pulled her long hair to the side exposing her neck to his kiss. Emma whimpered as he nibbled at her earlobe. His tongue teasing her diamond stud earring. The earrings, an anniversary gift from her husband, the man she’d vowed to be faithful to. Emma stood like a statue of pure alabaster as she heard her zipper slowly being drawn down. Each click of the teeth sending an electric shock through her.

Damian’s hands snaked inside her now open dress, boldly cupping her braless breasts. His fingers teasing her engorged nipples, Emma moaning softly at his illicit touch. She gasped as he tweaked her hard points harshly, his lips against her ear as he whispered, “I want you Emma. Tonight, you’re mine and only mine.””

WHAT JIMMY MADE HER DO: She should have been ashamed