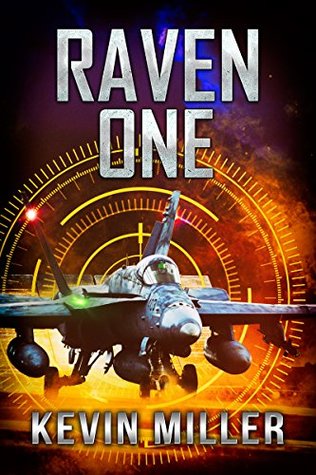 For a moment Wilson froze and looked at the white-helmeted pilot who sat high on the nose of the colossal fighter. Across the small void, he saw the pilot’s eyes peer over his mask. Dark, chilling eyes…

Wilson kicked right rudder to slide closer and jam any chance for a bandit gunshot. When the bandit pulled all the way over, almost on its back but in control, he cursed in frustration at what he knew was coming next. The hostile fighter reversed over the top in a negative-g maneuver, his nose tracking down on Wilson like a falling sledgehammer in slow motion. Horrified, Wilson realized he faced an imminent snapshot. With the little air speed he had, his inverted his Hornet to avoid the attack.

His aircraft still rolling and ruddering, Wilson saw that the monster had another weapon at its disposal…

Captain Kevin Miller, a 24-year veteran of the U.S. Navy, is a former tactical naval aviator and has flown the A-7E Corsair II and FA-18 Hornet operationally. He commanded a carrier-based strike-fighter squadron, and, during his career, logged over 1,000 carrier-arrested landings, made possible as he served alongside outstanding men and women as part of a winning team. Captain Miller lives and wri