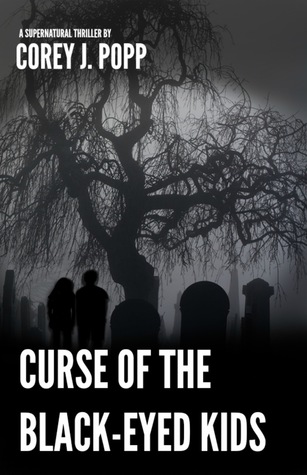 Curse of the Black-Eyed Kids

Fifteen-year-old Abby doesn’t believe in ghost stories, but even she has heard the infamous schoolyard legend of the black-eyed kids. Born from a sensational Mount Herod murder mystery, the legend says beware the ringing of the doorbell in the middle of the night and the sudden appearance of two school-aged children pleading to be let in.

Abby and her younger brother live an unconventional yet dull life with their grandmother, but when it’s their doorbell which rings next, their lives are turned upside down as the torment begins. Forced to come to grips with a new reality if she wants to save the lives of those she loves, Abby must enlist the aid of a mysterious young man known only as the cemetery boy to untangle a dark curse dating back 4,000 years.

The Writhing: A Horror Novel

The Other Side (Fractured #2)

Curse of the Black-Eyed Kids Reviews

Corey J. Popp began his writing career as a freelance writer for a major national media holding company. He transitioned to fiction in 2011 and published his first novel, Beneath Claire's House, in 2015. That same year, he was selected as one of the “Top 5 Authors Discovered in 2015” by Sci-Fi & Scary Book Reviews. He has since gone on to create and write the Mount Herod Legends book series.