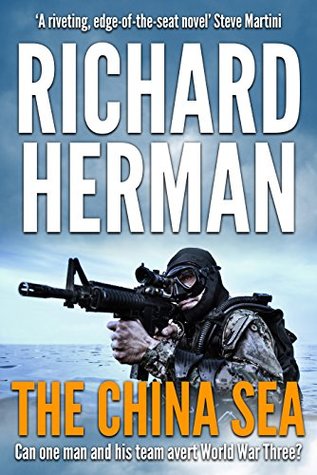 The Chinese Dragon has awoken - and is narrowing its sights on the South China Sea.

America - and it's president Morgan Taylor - cannot permit such territorial expansion to go unchecked. But America also cannot afford to go to war. To square the circle the President decides to employ the services of David Santos, a retired air force general and intelligence officer, and his "Bravo" team, a company of trained specialists.

As the unit is deployed into South East Asia they know that America will deny all knowledge of their existence. Capture will mean torture - and death. Santos and Bravo team must try to prevent a war, working in the shadows. But they will not be alone. China has deployed its own unit, to counter the Americans and foment conflict and conquest. The fate of Bravo team in the South China Sea could shape - or shatter - the peace between two global superpowers.

The clock is ticking. The race is on.

Praise for The China Sea

"The China Sea goes from zero to sixty and never slows down. Great story, great characters, and the real chance this is the blueprint of things to come. Must read." - William P. Wood, author of Broken Trust starring Tom Selleck

"Cleverly crafted and masterfully written, with characters rooted in the dark realism of special ops,The China Sea by Richard Herman delivers a riveting, edge-of-the-seat novel of global intrigue as real as this morning’s headlines. Herman, an experienced story-teller and former U.S. air warrior captures both the subtle nuisance and stark dangers of a world teetering on the edge of mass destruction." Steve Martini

“A skilled storyteller… Richard Herman knows how to describe the pressure and unpredictability of battle… He has a sure command of what it takes to hold the reader.” - Sacramento Bee

“Herman is a master.” - Florida Times-Union

“One of the best adventure writers around.” - Clive Cussler

“Too many of today’s geopolitical thrillers ring false, but not Herman’s.” - San Francisco Examiner

“Herman shines when he describes combat tactics… But it’s his characters that carry the story.” - Air & Space

Richard Herman is a retired Air Force officer who flew C-130s and F-4s. While on active duty, he logged over 240 combat missions. He also taught at the Air Force Academy and served as an operations plans officer. After retiring, he turned to writing about the aircraft he loves, and is the author of fourteen novels – including critically acclaimed The Warbirds and Force of Eagles.