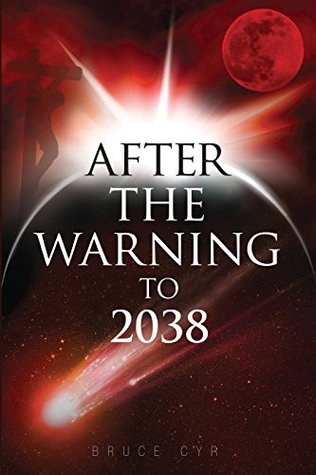 Our civilization as we know it, is running out of time, but most fail to see the sudden destruction, soon to fall upon us. "When conditions are at their worst," a Warning will come directly from God and few people are aware of the hour. This can be calculated accurately, based upon scores of prophecies available to us through Catholic saints inspired by the Holy Spirit. In the 20th century, Satan was and is allowed the opportunity to accomplish his greatest challenge, since the beginning of mankind. The power of darkness has been increasing for the last 250 years since the rise of Freemasonry/ Illuminati. Furthermore, beginning in 1917, God allows Satan an extended reign of one hundred years to have more time and more power to try to defeat and destroy the Church and in fact all mankind. Pope John Paul II during his time, was aware of a great storm on the horizon: "Precisely at the end of the second millennium, there accumulates on the horizon of all mankind enormously threatening clouds, and darkness falls upon mankind." An awakening is coming!! Pope John Paul talked about the Lamb (Jesus Christ), who is the only one able to open up the seven seals: "That scroll contains the whole series of divine decrees that must be accomplished in human history to make perfect justice prevail. If the scroll remains sealed, these decrees can be neither known nor implemented, and wickedness will continue to spread and oppress believers. Hence, the need for authoritative intervention: it would be made by the slain and risen Lamb...to take the scroll and to open its seals. The Warning has been predicted in prophecies in the Catholic Church for over 500 years. In the 20th Century, Mary, Mother of Jesus has predicted this same event with urgency, at three different apparition sites. The Warning or Illumination of Conscience is the first of Ten Secrets or events that will unfold on this earth. These events are the unfolding of the Seals of Revelation. The Warning will take place for all humanity, because of an intense build up of cataclysmic events about to unfold in the Middle East and in the United States that will affect the entire world. The book, "AFTER THE WARNING TO 2038" reveals many words from Heaven of future events, taken from the Bible and the traditional treasures of revelation from the Early Church Fathers, Doctors of the Church, and Catholic saints including venerable, blessed, and canonized; Mystics of the Church including stigmatists, priests and religious, ordinary men and women of notable discernible credibility, and from visionaries who have seen Mary, Mother of Jesus; all from the Holy Spirit. This book has many major prophecies of DETAILED INFORMATION about 10 secrets or events in a chronological order, and are about to unfold. Many of these events have not ever been experienced in this world before. Our Lady of Medjugorje's yearly apparition of March 25, 1985 to Mirjana relates of events just before the time of the Warning: "It is an upheaval of a region of the world. In the world, there are so many sins." Our Lady of Peace to Pedro Regis at Anguera, Brazil states: "Humanity is contaminated with evil and my poor children pursue the paths of self-destruction. Israel will live the anguish of one condemned because of the surprise by the men of terror." "The City of Jerusalem will be destroyed and when they go through the tribulation, it will not be recognized."

Readers Also Enjoyed AFTER THE WARNING TO 2038

Medjugorje's Ten Secrets: How to Prepare

One Step Ahead - A Mother of Seven Escaping Hitler's Claws: A True History - Jewish Women, Family Survival, Resistance and Defiance against the Nazi War Machine in World War II

The Great Influenza: The Story of the Deadliest Pandemic in History

The Road to Berlin

Too Much and Never Enough: How My Family Created the World's Most Dangerous Man

AFTER THE WARNING TO 2038 Reviews