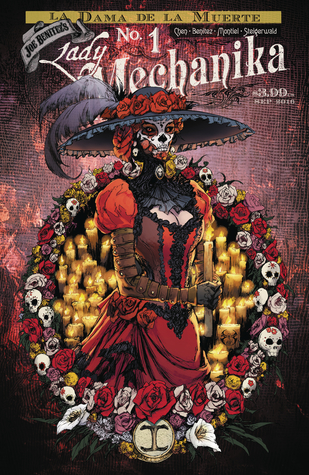 After suffering a tragic loss, Lady Mechanika takes a trip to a small Mexican village just in time for their D├Ła de los Muertos celebration. But the festivities turn truly deadly after the arrival of the Jinetes del Infierno, the mythical Hell Rider...

Beyond Magenta: Transgender Teens Speak Out

With All Due Respect: Defending America With Grit and Grace

Joe Ben├Łtez is an American comic book artist who has worked on such titles as "JLA", "Superman/Batman", "Detective Comics", "Supergirl", and "Titans" for DC Comics and "The Darkness" for Image Comics. He also co-created and penciled the sci-fi series "Weapon Zero" and the dark fantasy mini-series "Magdalena: Blood Divine" for Image. In 2005, Joe published his first creator-owned mini-series "Wrait