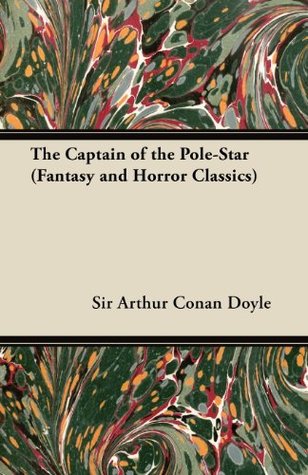 The Captain of the Pole-Star

Sir Arthur Conan Doyle, the creator of detective Sherlock Holmes, is the father of crime fiction. However, he was also an accomplished teller of tales featuring the weird, the supernatural, and the horrific, and 'The Captain of the Pole-Star' is one of the best examples of his weird fiction.
The Captain of the Pole-Star is a collection of strange mystery tales that are all independent, sometimes involving ship voyages, shipwrecks, amnesia, lost love, grand thefts, comedy, and fairy tales.
Arthur Conan Doyle was born in Edinburgh, Scotland, in 1859. It was between 1876 and 1881, while studying medicine at the University of Edinburgh, that he began writing short stories, and his first piece was published in Chambers’s Edinburgh Journal before he was 20. In 1882, Conan Doyle opened an independent medical practice in Southsea, near Portsmouth. It was here, while waiting for patients, that he turned to writing fiction again, composing his first novel, The Narrative of John Smith.
In his later years, following the death of his son in World War I, Conan Doyle became deeply interested in spiritualism and psychic phenomena, producing several works on the subjects and engaging in a very public friendship and falling out with the American magician Harry Houdini. He died of a heart attack while living in East Sussex in 1930, aged 71.

Readers Also Enjoyed The Captain of the Pole-Star

Henrietta & Eleanor: A Retelling of Jekyll and Hyde

The Life and Adventures of Santa Claus

THE DEVIL AND TOM WALKER & HURST OF HURSTCOTE

The Phantom Coach (A Single Story)

The Captain of the Pole-Star Reviews

Sir Arthur Conan Doyle was born the third of ten siblings on 22 May 1859 in Edinburgh, Scotland. His father,