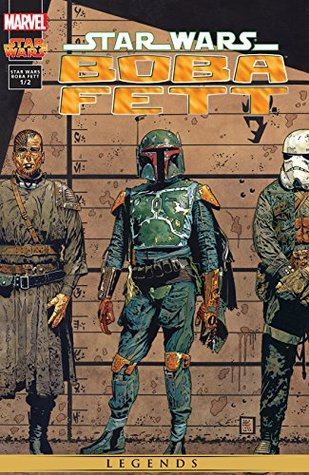 A stand-alone adventure for the galaxy's most feared bounty hunter! Get a glimpse into the past of Boba Fett- from his origin as a clone to the sole protector of Jango Fett's legacy!

Disney·PIXAR The Incredibles 2: Crisis in Mid-Life! & Other Stories (Graphic Novel)

Scholastic Dictionary Of Idioms The Greatest Beer Run Ever: A Memoir of Friendship, Loyalty, and War Usual Girls Welcome to Summerland The Foundling Duke - A Regency Romance Down in the Forest The Room of the Dead Reflections on Tinsori Light A Book of Sleep King Solomon's Wives: Books I - III

John Wagner is a comics writer who was born in Pennsylvania in 1949 and moved to Scotland as a boy. Alongside Pat Mills, Wagner was responsible for revitalising British boys' comics in the 1970s, and has continued to be a leading light in British comics ever since. He is best known for his work on 2000 AD, for which he created Judge Dredd. He is noted for his taut, violent thrillers and his black