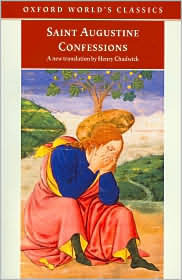 by Augustine of Hippo

Augustine's Confessions is one of the most influential and most innovative works of Latin literature. Written in the author's early forties in the last years of the fourth century A.D. and during his first years as a bishop, they reflect on his life and on the activity of remembering and interpreting a life. Books I-IV are concerned with infancy and learning to talk, schooldays, sexual desire and adolescent rebellion, intense friendships and intellectual exploration. Augustine evolves and analyses his past with all the resources of the reading which shaped his mind: Virgil and Cicero, Neoplatonism and the Bible. This volume, which aims to be usable by students who are new to Augustine, alerts readers to the verbal echoes and allusions of Augustine's brilliant and varied Latin, and explains his theological and philosophical questioning of what God is and what it is to be human. The edition is intended for use by students and scholars of Latin literature, theology and Church history.

The History of the Church: From Christ to Constantine

The Consolation of Philosophy

The Abolition of Man

About Augustine of Hippo

Hipponensis, in English Augustine of Hippo, also known as St. Augustine, St. Austin, was bishop of Hippo Regius (present-day Annaba, Algeria). He was a Latin philosopher and theologian from the Africa Province of the Roman Empire and is generally considered as one of the greatest Christian thinkers of all times. His writings were very influential in the development of Western C